Experience:20mg - A profound sense of oneness 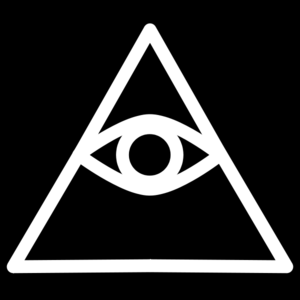 I experienced eye of providence visuals during my trip.

I took 20mg of 4-aco-dmt with my tea at 3:18 PM in the bath tub of my apartment alone. Looking to pass the time in the bath, I decided to shave, but the nausea kicked in sooner than I thought and it was pretty difficult. During the nausea, I began getting weird thoughts about “fighting the nausea.” About an hour in at 4:20, the nausea went away and I began to feel like I was tripping. At one point, I felt like I was having a bad trip or had stopped tripping completely. I felt like the 4-aco-dmt hadn’t worked after all. I was ready to go back to my computer or back to bed when I figured I’d try to go outside.

When I got outside, my trip totally changed. I saw beautiful visuals. At one point, I saw Obama (United States president) visuals everywhere. I saw visuals of multiple presidents on the underpass near my apartment. I felt like I was taking ‘the walk to enlightenment’ or something. I started seeing pyramid eye visuals everywhere. I saw faces in the sky. There was a black baby looking down at me from the sky. The wind became a part of me. I became a part of everything. A sense of oneness overcame me. I was so excited I started laughing out loud because I had realized the answer to the universe. I couldn’t stop smiling and laughing. I felt amazing.

"Wow. Never before have I realized the oneness of it all. We all are one. Even now, while tripping, I see eyes. A pyramid of an eye. I have seen the truth. Wow. I have figured out the universe. The oneness was a circle. The universe is a circle."

Every time I would go inside to go to the bathroom, I would start having a bad trip. To aid this, I started singing. I listened to Vanessa Carlton’s music while tripping and it was fucking amazing. Music has never sounded better. And the things she would sing would sometimes connect with my thought processes. I could find meaning in her lyrics, meanings that weren’t there before.

I realized that for love to exist, hate must exist. For anger to exist, peace must exist. Yin and yang. Opposite forces need each other for each to exist. I wanted to become a shell of peace and compassion.

Unfortunately, I wasn’t really able to get anything out in words. This is what I wrote on Microsoft Word:

i can’t even describe it

WE ARE ALL ONE

i don’t even know how to explain it.

is something you FEEL

go back outside lol"

But it was cold and windy, so I decided to stay in. I was done with my trip for today. Hours later, I look on my phone and see that while outside I had written: