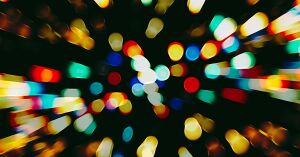 It is usually a result of isolation via imprisonment, meditative trance states, or other forms of sensory deprivation and appears to the individual as spontaneous hallucinations or "light show" style imagery that emerges out of the darkness with either open or closed eyes. Astronauts and other individuals who have been exposed to certain types of radiation have reported witnessing similar phenomena.[1][2]

This effect is not to be confused with internal hallucinations, Charles Bonnet syndrome (i.e. the experience of complex visual hallucinations in one with partial or severe blindness), hypnagogia, or the hallucinations that can be induced by meditation.[citation needed]