Nitrous is considered to have low to moderate abuse potential and low toxicity when used in moderation. However, frequent and/or chronic use can cause vitamin B12 depletion, which may lead to severe nerve damage.[4] Additionally, improper use puts the user at risk of oxygen deprivation. It is highly advised to use harm reduction practices if using this substance. 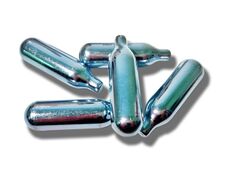 Davy notes the analgesic effect of nitrous oxide and its potential for use in surgical operations.[7] Davy coined the name "laughing gas" for nitrous oxide.[8] Beginning in 1799, nitrous oxide was used as a recreational drug at "laughing gas parties". They became an immediate success within the British upper class. Despite Davy's discovery of nitrous' potential for anesthesia, doctors did not attempt to use it for nearly half a decade.[9]

The discovery of ether in 1830 led nitrous to fall out of popularity as a recreational drug. It was not until 1844 that American dentist Horace Wells noticed the anesthetic properties of the gas.[7] With the assistance of Gardner Quincy Colton and John Mankey Riggs, he demonstrated insensitivity to pain during a tooth extraction.[3] The practice was not immediately adopted by other dentists, as Wells' first public demonstration had been partly unsuccessful. [10] In 1863, Gardner Quincy Colton began to administer the gas to patients in all of his "Colton Dental Association" clinics, administering nitrous oxide to over 25,000 patients over three years. This brought the practice into general use.[11]

Nitrous oxide was not found to be a strong enough anesthetic for major surgeries in hospital settings, but it became useful as an initiator for stronger anesthetics like ether or chloroform.[12] Hospitals would initiate treatment with a mild flow of nitrous oxide, and then gradually increase the flow of the stronger anesthetic.[11] This technique of initiating anesthesia is still used in hospitals today.

Nitrous is on the World Health Organization's List of Essential Medicines, the most effective and safe medicines needed in a health system.[13]

Although N2O affects quite a few receptors, its anesthetic, hallucinogenic, and euphoriant effects are likely caused predominantly or fully via its effects as an NMDA receptor antagonist.[15][16] NMDA receptors allow for electrical signals to pass between neurons in the brain and spinal column; for the signals to pass, the receptor must be open. Dissociatives close the NMDA receptors by blocking them. This disconnection of neurons leads to loss of feeling, difficulty moving, and eventually the famous “hole”.

The pharmacological mechanism of action behind N2O in medicine is not entirely known. However, it has been shown to directly modulate a broad range of receptors and this likely plays a significant role in many of its effects. It moderately blocks β2-subunit-containing nACh channels, weakly inhibits AMPA, kainate, GABAA-rho, and 5-HT3 receptors and slightly potentiates GABAA and glycine receptors.[15][17] It has also been shown to activate two-pore-domain K+ channels.[18]