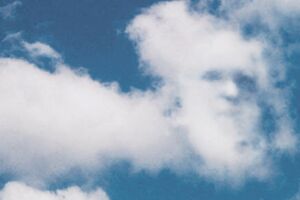 Face in a cloud by Neil Usher - This image serves as an example of pattern recognition enhancement.

Pattern recognition enhancement is defined as an increase in a person's ability and tendency to recognize patterns within vague stimuli.

Seeing patterns resemble human faces is an innate ability which humans possess in everyday life and is well documented in scientific literature under the term pareidolia.[1][2] Common examples of this include spotting faces in the front of a car, or seeing different objects in clouds.[3]

During this effect, patterns can be significantly more pronounced than it would usually be during a sober state.[4][5] For example, remarkably detailed images may appear embedded in scenery, everyday objects may look like faces, and clouds may appear as fantastical objects all without any visual alterations taking place. Once an image has been perceived within an object or landscape, the mind may further exaggerate this recognition through the hallucinatory effect known as transformations, which goes beyond pareidolia and becomes a standard visual hallucination.

Pattern recognition enhancement is often accompanied by other coinciding effects such as visual acuity enhancement and colour enhancement.[6][7] It is most commonly induced under the influence of mild dosages of psychedelic compounds, such as LSD, psilocybin, and mescaline.